Hello.  Welcome to the website of the Law Office of Joshua J. Mikrut.  Thanks for visiting!

I started this firm because I care very much about the legal profession, and I wanted to put into effect a dream of mine: to build a business that could allow me to try to serve people…  to serve individuals: men and women with faces and names and stories.

The lawyer who wrote the document which declared American independence from England, President Thomas Jefferson, famously wrote that “we hold these truths to be self-evident; that all [people] are created equal, and are endowed by their creator with certain inalienable rights…”  The preamble to the U.S. Constitution begins with similar language when it establishes “we the people” as the source and intended beneficiaries of all the laws which were written into the Constitution.  The preamble reads:

We the People of the United States, in order to form a more perfect union, establish justice, insure domestic tranquility, provide for the common defense, promote the general welfare, and secure the blessings of liberty to ourselves and our posterity, do ordain and establish this Constitution for the United States of America.

One of my heroes, Abraham Lincoln (another lawyer!) in an address given at the civil war military burial ground at Gettysburg, Pennsylvania, ended his short speech in fantastic fashion, drawing upon both the Declaration of Independence and the Constitution in some of the most electric, memorable language ever uttered by a lawyer or an American president.  He said:

It is for us the living, rather, to be dedicated here to the unfinished work which they who fought . . . have thus far so nobly advanced.  It is rather for us to be here dedicated to the great task remaining before us . . . that we here highly resolve that . . . this nation, under God, shall have a new birth of freedom—and that government of the people, by the people, for the people, shall not perish from the earth.

In short, I believe it is my calling as a lawyer is to try to help make our American system work for the people.  After all, as these selections above show, our government ultimately exists to provide for and to defend and protect individual liberty.  Large corporations, government entities, law enforcement agencies… they will never lack money or resources or legal representation.  They will always have lawyers, and the system works well enough for them.

Our system does not and will never work effectively if rights and liberties are not defended against the powerful and against the power of government, within its ever-more-complicated systems and rules.  I believe that is true, and I’m trying to do my part to be helpful in that mission. Clients Across the Globe Joshua was born in Grand Rapids and hails from a very large family of Polish, German, Swedish, and Dutch ancestry.  His is the oldest of six, and his father is one of twelve.  Because his father is from such a large family, Joshua has over fifty-five first cousins on only one side!

Joshua earned his Bachelor’s degree from Grand Valley State University in 2006, double-majoring in Political Science and English Language and Literature.  In his time at Grand Valley, he also minored in Philosophy and studied Spanish abroad at the University of Guadalajara in Jalisco, Mexico.

After earning his Bachelor’s degree, Joshua went on to earn his Master’s degree from Western Michigan University in 2008, in “International Development Administration.”  During this time, Joshua focused his study on international relations, economics, and the difficulties that developing nations face as they attempt to grow into the twenty-first century.

Throughout his master’s curriculum, Joshua focused on the People’s Republic of China, and on the unique problems that face Latin America today, especially Mexico and Central America.  While studying for his Master’s, Joshua traveled to China three times and began learning the Chinese language.

Joshua also served as a graduate assistant at WMU and taught classes in urban politics.

Joshua was a member of the editorial board of Cooley’s Law Journal, and he made the Honor Roll and the Dean’s List on multiple occasions.  He also earned the “bluebook award” for highest grade in the class four different times.

Before becoming a member of the Michigan State Bar in 2011, Joshua interned for six months at the U.S. Sixth Circuit Court of Appeals where he worked for the Hon. Richard Suhrheinrich.

After graduating, Joshua developed practice areas in immigration, constitutional, criminal defense, family, and appellate law.  He has extensive experience in litigating cases in Immigration Court, having represented well over 200 individuals detained by the Department of Homeland Security, facing deportation.

In Immigration Court, Joshua has had tremendous success earning immigration bond, cancellation of removal, and adjustment of status for clients in very difficult circumstances, both earning and saving Permanent Resident Status for many individuals.

Joshua also has significant federal court trial experience in litigating civil rights actions, and has had success in several appeals before Michigan Circuit Courts, the Michigan Courts of Appeal, the Board of Immigration Appeals, and the U.S. Sixth Circuit Court of Appeals.

Of much help to his practice, Joshua speaks fluent Spanish, which he learned in large part from studying abroad in 2001 at the University of Guadalajara, in Jalisco, Mexico.  In his scarce free time, Joshua enjoys reading world history, British and early American literature, playing the guitar, and spending time with his wife, Laura, and his daughter, Julia. Kevin M. Fein is an Associate Attorney at Law Office of Joshua J. Mikrut, PLC. He primarily focuses on the practice of Immigration Law, with some overlap into Criminal Law where there may be immigration consequences at stake.

Kevin has a strong passion for using his skills to help others achieve their goals. When it comes to immigration matters, these goals are often as essential as obtaining personal safety, liberty, the unification of family, and the right to earn a living. As an attorney, he strives to help each client succeed in these objectives to the fullest extent available under the law. This work aligns with his personal ethics as a firm believer in human equality and in the value of cultural exchange.

Kevin speaks Spanish and has been a licensed attorney and member of the Michigan State Bar Association since 2011. Before working at Law Office of Joshua Mikrut, PLC, his earlier practice largely focused on supporting the arts and small business.

Two years later, Kevin accepted a full ride scholarship to Thomas M. Cooley Law School. While attending Cooley, Kevin participated in the Law Review as a Senior Associate Editor, earning the John D. Voelker Award for significant contributions to the publication. During this time, his own article was selected for publication by the Eastern District of Michigan Intellectual Property Report. Additionally, he was hired into two positions at the school: tutoring other students at the Academic Resource Center and reviewing final exam scores as a member of the Grade Appeals Board. He also spent a semester working for the Philadelphia Volunteer Lawyers for the Arts, managing a staff of ten interns who were coordinating pro bono legal services for low income artists and nonprofit organizations. He earned a total of five “bluebook award” Certificates of Merit: Constitutional Law II; Evidence; Professional Responsibility; Wills, Estates, and Trusts; and Intellectual Property of Entertainment.

When he takes off his “lawyer hat,” Kevin is also a multi-instrumentalist who greatly enjoys playing and recording music. He has helped set up and run live sound for hundreds of artists at local music festivals. He also thoroughly enjoys trips to the woods or the beach with his wife, Andrea, and their two dogs.

Lauren Punch is an only child born in Havana, Cuba, who immigrated to the United States at the young age of 13 with her parents.  She has many family members who followed her to Michigan, and her family has now established has a veritable enclave in Lansing, MI.  She learned English as a second language, and excelled academically, earning honors as her high school’s National Honor Society president.

Lauren earned her associate degree in Business and Accounting at Lansing Community College, and also took advanced science courses at Michigan State University.  She is a Spartan at heart, and bleeds green!  She has held various positions in the healthcare field, including running a Pathology Department, and serving as the administrative assistant of a large Pharmacy Department.  Lauren has also worked extensively as an executive assistant at a tax office as a registered tax preparer, Spanish / English translator, and notary public.

Lauren moved to Grand Rapids in 2018, following her husband accepting an internal medicine residency.  She is excited to work as the Office Manager at the Law Office of Joshua J Mikrut PLC.  In her spare time, she likes to paint landscapes and hang out with her cat Loki. 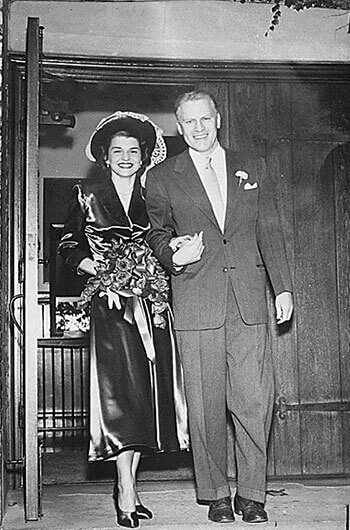 I am not a saint, and I am sure I have done things I might have done better or differently, or not at all.  I have also left undone things that I should have done.  But I believe and hope that I have been honest with myself and with others, that I have been faithful to my friends and fair to my opponents, and that I have tried my very best to make this great Government work for the good of all Americans.